Some gatherings are better outside the big cities to give way to the more open outdoors with tall trees, endless grasslands and add in some serene ponds, rivers and waterfalls. And weve crafted the perfect linen to make such perfect atmospheric occasions to exude luxury while still blending in with the humble surroundings. Introducing the Jute/Burlap runner that is sure to exude a classy taste while definitely blending in alongside the beautiful country look. Made with sturdy fabric and styled for a charming appeal, make sure to buy a few these for those outdoor bonding moments.

*This High-Quality linen has been studied and refined after the rare Chambury House linen masterpieces because when everything just has to be perfect, then perfection begins with Chambury Casa linens!

This is a great price! In the stores they are twice as much! Looked very nice at my party

Perfect addition to my runner collection

The party decor was so elegant! 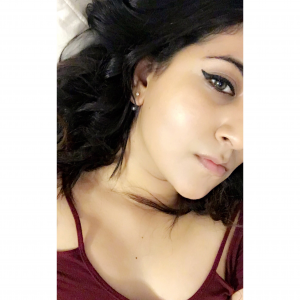 United States
Great product except for the smell

I really really wanted to like these runners. They looked beautiful out of the bag but unfortunately they came with an awful gasoline like smell. It was so strong that I could smell it in my car even before opening the package they came in, I initially thought my car was leaking or something. Once I opened the bags the runners were beautiful! I thought I could set them out on the floor to air out but after an hour the whole apartment smelled like them. I took them outside, but after a few hours the smell was still strong, I decided I had to wash them so I filled the tub up with soap and water to soak. I spent an entire day trying to get rid of the smell, after soaking them in water I had to let them air dry outside and unfortunately the runners now looked worn and wrinkled. I tried to iron them out the next day and although they look better and I will still use them, they don’t compare to how they looked out of the bag. The smell still lingers but is tolerable. I will be using them for a fall/Halloween party so I’m not too worried about them being wrinkled but if you plan on ordering for a wedding or nicer event I would be wary and order with plenty of time to let the strong smell air out. Picture is from before all the washing and ironing.

They were exactly what I envisioned. Perfect size and good quality!